By Niharika Vattikonda and Swathi Ramprasad

Senator Schatz (D-HI) and his office have been at the forefront of technology policy, proposing legislation focused on Section 230 reform and federal data privacy protections, among other pressing issues. Sen. Schatz is now introducing a new piece of legislation that will help survivors of domestic violence keep their communications private from abusers and will create a financially-viable option for survivors to break from family phone plans.

Family phone plans pose a unique danger for survivors of domestic violence, since abusers may have access to call logs or family tracking features that can be used to stalk survivors during and even after a relationship. Abusers may be able to identify if the survivor has reached out to family members, domestic violence hotlines, crisis response centers, or any other components of their support systems. These tracking features could also be abused to surveil the survivor’s children, if the abuser has partial custody, providing a dangerous window into the survivor’s life. This intrusive stalking is not just intrinsic to a device that can be erased or to a specific app that can be deleted—rather, the survivor’s only way to escape this tracking is to completely separate from the abuser’s phone plan.

However, as anyone who has agonized over a cell phone plan bill knows, escaping a shared phone plan is no easy feat. Ending a cell phone contract early can cost over $300 in early termination fees, and people who break a phone plan may be required to pay the remaining cost of their device upfront, which could add up to several hundreds of dollars at once. And in almost all cases of domestic violence, survivors may also face economic abuse, when abusers restrict access to bank accounts or any assets of their own. Survivors who leave a relationship may not be in a position to spend hundreds of dollars to break from a family phone plan, leaving them more vulnerable to geolocation tracking and call monitoring. This intrusive data monitoring raises significant safety concerns, especially in the period immediately after the survivor leaves the relationship.

During the pandemic, the National Domestic Violence hotline has reported a surge in calls, and law enforcement offices in multiple cities have recorded either spikes in arrests or increases in domestic violence-related calls. Having a phone during these situations is crucial for survivors to alert law enforcement or local crisis response centers, and the ability to keep these communications private is even more crucial to protect their safety. Over 10% of women have been stalked by their intimate partners. Especially during the pandemic, when social distancing restrictions and stay-at-home orders have forced survivors to stay at home, having a secure device to communicate with law enforcement, hotlines, and other support systems is crucial.

Letting go of their phones or their phone plans entirely is not an option, particularly during the COVID-19 pandemic, where a phone may be an individual’s lifeline for essential services. Remote workplaces and schools need reliable contact information, and public health measures, including contact tracing and vaccination registration, may also require survivors to maintain a reliable phone number. Survivors need a financially-viable way to keep their communications private from their abusers while ensuring that they are able to keep up contact with essential services for themselves and their families.

Nisha Williams, legal director at the North Carolina Coalition Against Domestic Violence (NCCADV), praised the Safe Connections Act and emphasized the numerous ways by which a shared phone plan can be manipulated by the abuser to create dangerous conditions. Williams mentioned that abusers may temporarily decide to miss a bill payment or temporarily suspend a phone line that belongs to the survivor, thereby cutting them off instantly from any external support network.

Before her role at the NCCADV, Williams practiced family law, focused on domestic violence and protective orders particularly in the Triangle, and saw that shared phone plans were critical points of conflict. Both the physical device and the shared phone plan, she said, have been major issues in domestic violence cases, even more so when children may have their own phones and devices while being placed in shared custody with both parents.

“I just think that it’s beyond time for the federal government to catch up with the way in which we are living, technologically,” Williams said. “We are living on our phones. Much of a person’s identity, relationships, support networks exist within that device. And if a survivor is seeking to leave an abusive relationship, they need to know that that device is a secure device.”

The Safe Connections Act can extend necessary protections for the digital age, preserving survivors’ secure access to phones during a time when staying safely connected is more important than ever. We need a member of the House of Representatives to introduce a companion bill, and both Sen. Schatz’s bill and the House’s analog of the bill will need co-sponsors and support in the legislature. Call your representative and senators to let them know that you support this plan to empower survivors to break with family phone plans. Encourage them to sponsor a companion bill in the House and co-sponsor both the Safe Connections Act and the forthcoming House companion bill.

Want to hear from us? 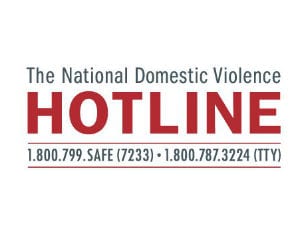